“The veterans are the most amazing, the warmest, the best people… So Iʼm going to introduce… someone whoʼs been through a lot – John Wayne Walding. I think a lot have heard of him. [He has] actually become a very famous person. He should be much more famous than me because heʼs a lot more courageous than I am… He is an amazing guy, and I heard him speak once before. I was so impressed I just asked him to come up and say a few words.” 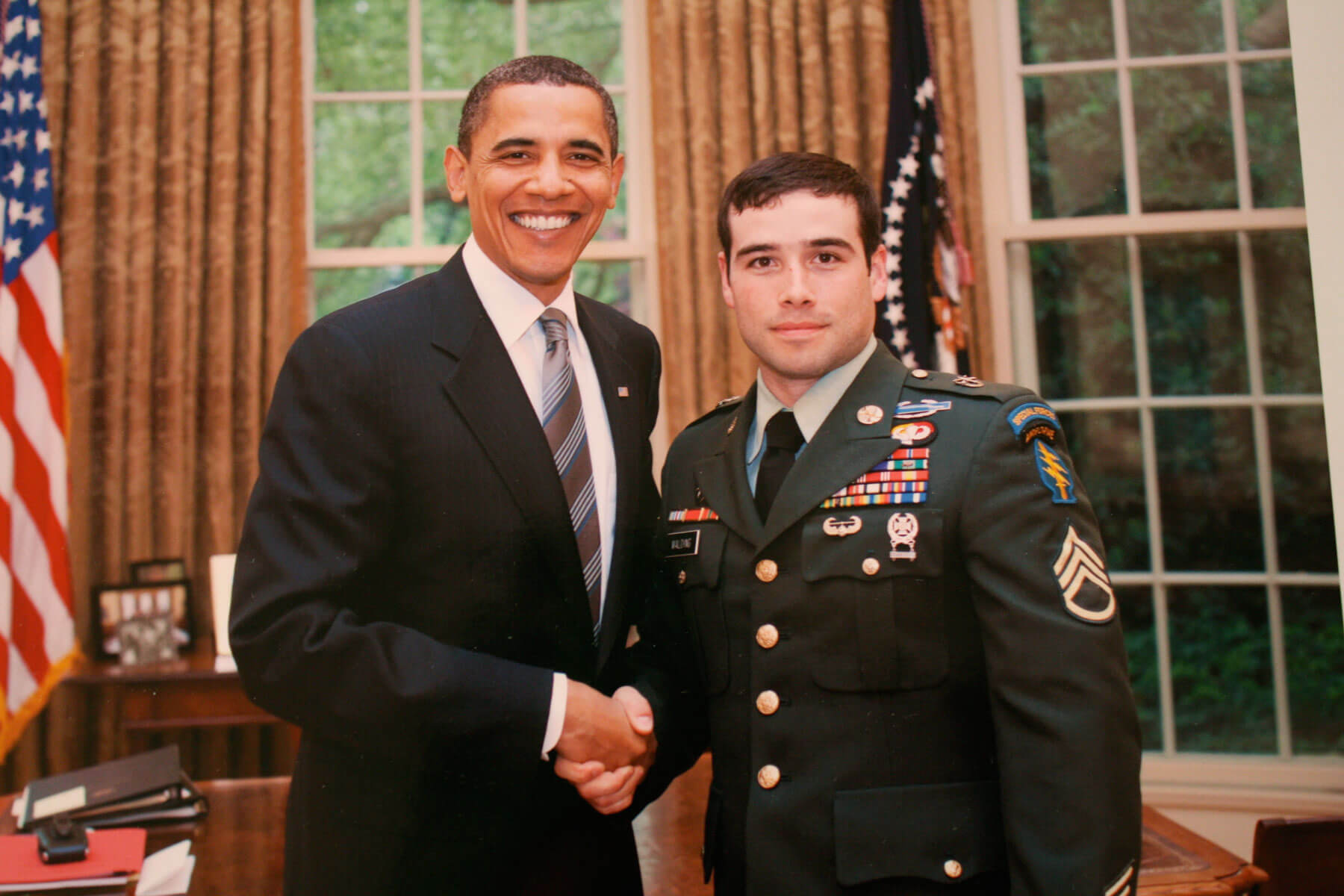 “I really say to everyone that we owe it to the fallen to live well, and thatʼs something that people need to understand. Guys are still dying… if you donʼt try to live every day as precious as it truly is, then itʼs a travesty to them.”
- John Wayne Walding

John Wayne Walding spent 12 years in the United States Army, including seven years in the Special Forces Group at Ft. Bragg, North Carolina. He served in Iraq and Afghanistan, and during his career at 3rd SFG, he served on ODA 396/3336 as a Special Forces Communications Sergeant and the Sniper Detachment as a Sniper Instructor.

It was during the harrowing battle of Shok Valley on April 6, 2008, that John would lose his leg to a sniper, and yet returned fire for four more hours with his severed lower limb tied to his thigh. The incredible story of that six-hour fight is detailed in the book No Way Out: A Story of Valor in the Mountains of Afghanistan by Mitch Weiss and Kevin Maurer.

Post-injury, John attended Special Forces Sniper School and upon graduation became the first amputee ever to become a Green Beret Sniper. Using a hand crank, he went on to compete in the 2009 Boston Marathon, in which he finished 4th, finished in the top 10 in the 2009 New York Marathon, and ran the Army 10 Miler.